When More is Less… And Less is More 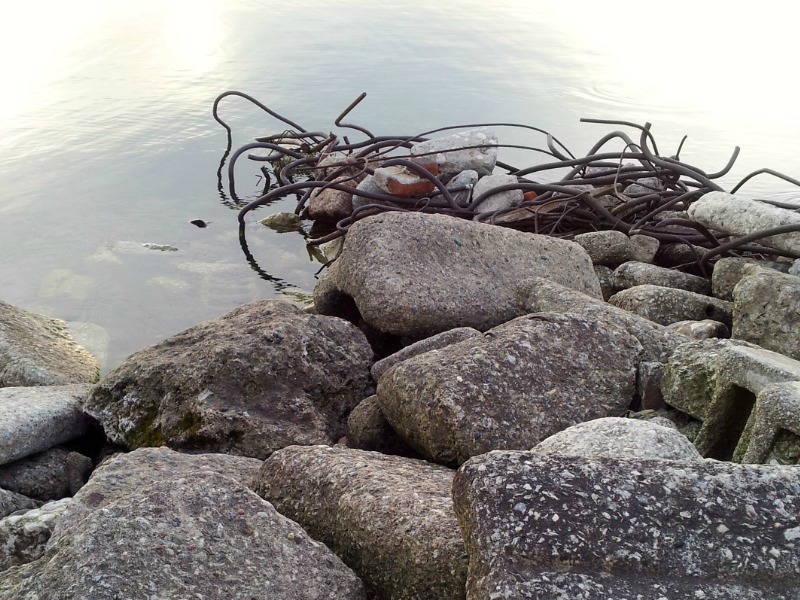 What an interesting journey life is!! Three years ago I sold my home and gave up almost all of my belongings to move to India and work in an orphanage. Through the various twists and turns of life, I found myself back in Toronto a year ago and it has taken until now for me to decide to truly settle here and take up a more long-term dwelling.

I have been truly blessed to have such a supportive group of friends and family around me to assist with the process of “settling” again and I have felt very touched by the kindness and thoughtfulness of those around me who are helping me to reacquire all the basic necessities for a home in the city. Prior to this settling, my belongings consisted of clothing, some books and photographs… period. Everything else from the smallest items to the largest pieces of furniture had to be reacquired: shelving and chairs, tools and nails, garbage cans, forks and knives, pots and pans, cleaning supplies….You name it, I didn’t have it!

Interestingly though, during this process of acquiring stuff again, I’ve found myself to be more and more busy and less able to attend to the activities that are most important to me (the people in my life and the meditation practice). More and more time is spent organizing stuff, cleaning stuff, moving stuff around, looking for stuff, fixing stuff, and getting rid of excess of stuff. Does this sound familiar to anyone? As I reflected, I was reminded of the following story told by Sri Ramakrishna about a man who chose to become a sadhu (holy man who relinquishes worldly possessions). It goes like this:

“Under the instruction of his guru, this sadhu lived in a small hut in the middle of the forest. Each morning after his devotional exercises, he would wash and hang his loincloth up to dry. One day, he found that his cloth had been torn to shreds by rats. So he went into the village to beg for another.

Unfortunately, the new cloth met the same fate a few days later. The sadhu was quite perturbed, but one of the villagers suggested that he get a cat to frighten away the rats. This arrangement proved to be quite satisfactory as far as the safety of the loincloth was concerned. However, though the sadhu had no need now to beg for loincloths, he needed to beg for milk since the cat had to be fed.

Another villager suggested that the sadhu keep a cow. All things considered, this seemed like a good idea so that is what was done and the cat had plenty of milk. However, though the sadhu had no need now to beg for milk, he needed to beg for straw in order to feed the cow.

To deal with this dilemma, it was advised the sadhu take to tilling the land in order to grow his own crops. However, since this was not an easy feat for one person, the sadhu had to engage some labourers and found it necessary to build barns to store the crop in. Eventually, he became a landlord and then had to take a wife to look after his large and growing household.

When his guru came to see him, the man fell at his feet in great shame and cried, ” My Lord, all for a single piece of loincloth! ” (from: http://www.towardsfreedom.com/250.html)

Well, after some careful reflection, I feel there is surely a middle path. While we do require some possessions to live in this urban world, I am finding it is important to ask whether an item is actually helping or hindering my life in general. I’ve started to ask, “Where does this fit in the big picture”?

It’s kind of like eating too much ice cream or running around doing so many fun things that one finds oneself stressed by all the goodness.

So why do we do it (and we almost all do in some way or another)? On a subtle level, there is an element of desire in the mind. A sense of being incomplete or unwhole. This sense of lack and incompletion, we think, will be completed by a purchase, an ice cream, or a fun activity. Only then will we feel happy and at peace. Some of us may feel an emotional void and a fundamental sense of being unloved in the world which leads us to fill the void by shopping or holding on tightly to items of sentimental value. Others of us (or our ancestors) may have faced the trials of profound poverty and financial insecurity and so we try to find security and control over the unpredictable and uncontrollable universe by storing and saving. And perhaps for some of us, there may even be an existential fear of disappearance that leads us to acquire belongings and items that show us who we are.

These habits go deep into the core of our being and are very difficult to unsnarl. For my part, I plan to continue to bring mindful awareness to the subtle flavor of desire when it arises. With each item that comes to me, I will ask, do I really need this? Is it helping me and the greater good to have this item, or is it simply adding unnecessary complexity? I hope that each of you too finds your middle way, knowing that ultimately, peace and a sense of completion rests entirely within us.